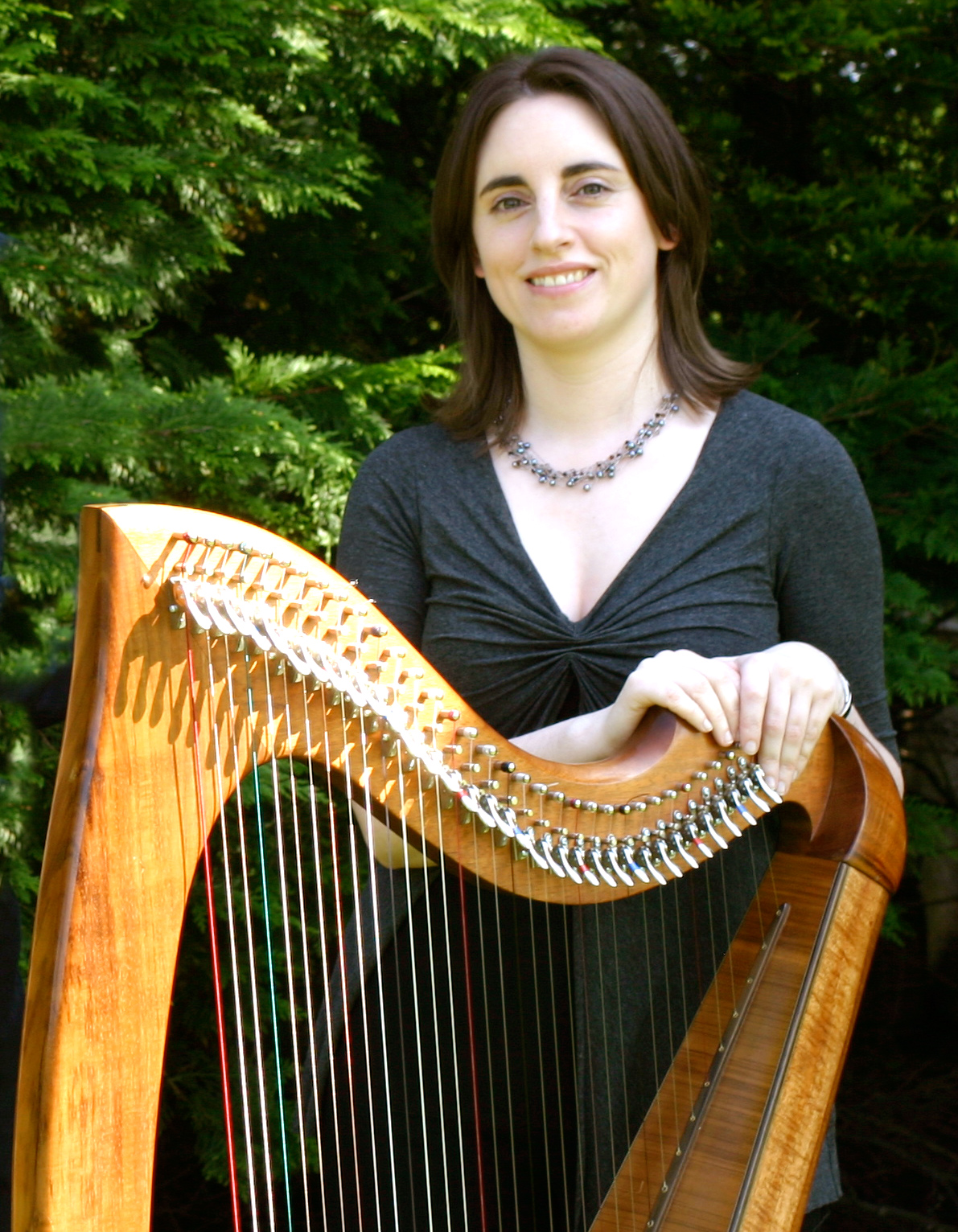 Gráinne Hambly from County Mayo, Ireland is an internationally recognised exponent of the Irish harp, and is in great demand as a performer and teacher, both at home and abroad. Gráinne started to play Irish music on the tin whistle at an early age, before moving on to the concertina and later the harp. She lived in Belfast for six years, where she completed a Masters Degree in Musicology, awarded by Queen’s University (1999). Her main research topic was folk music collections and the harp in 18th-century Ireland. She also completed the Graduate Diploma in Education (Music) at the University of Limerick.

Gráinne has been playing Irish harp professionally for over 20  years, and has performed on various occasions in Germany, France, Italy, Switzerland, Brazil, Colombia, Israel, and Japan, as well as touring extensively in the United States, giving concerts, workshops and masterclasses. She has also toured and recorded with various artists, including the Belfast Harp Orchestra, Comhaltas Ceoltóirí Eireann and Irish Christmas In America. Some recent online performances include the opening concert for Culture Ireland’s Ireland Performs series, Music of Mayo online series and a contribution to Trad Ireland’s 20/20 Visionaries series.

She has attracted glowing praise for her live performances and recorded material, which brilliantly showcase what has been described as her ‘absolute mastery of the Irish harp’. Known for the sensitivity and expressive quality of her air-playing, as well as her dynamic performance of dance tunes, Gráinne’s playing illustrates the full range and scope of this instrument. She specialises in teaching Irish traditional music ‘by ear’ and offers private lessons and intensive tuition options at her home and online, as well as teaching at various annual summer schools and harp festivals. Most recently has been running a very successful series of Irish Harp Online workshops.

Gráinne has featured on a number of recordings both as guest artist and accompanist. She has released three critically acclaimed solo CDs, and two books of arrangements. Her most recent collaboration is with Scottish harper William Jackson, with whom she frequently tours. They have released a recording Music from Ireland and Scotland (2009) and published some arrangements for harp ensemble.

We use cookies on our website to give you the most relevant experience by remembering your preferences and repeat visits. By clicking “ACCEPT ALL”, you consent to the use of ALL the cookies. However, you may visit "Cookie Settings" to provide a controlled consent.
Cookie SettingsREJECT ALLACCEPT ALL
Manage consent

This website uses cookies to improve your experience while you navigate through the website. Out of these, the cookies that are categorized as necessary are stored on your browser as they are essential for the working of basic functionalities of the website. We also use third-party cookies that help us analyze and understand how you use this website. These cookies will be stored in your browser only with your consent. You also have the option to opt-out of these cookies. But opting out of some of these cookies may affect your browsing experience.
Necessary Always Enabled
Necessary cookies are absolutely essential for the website to function properly. These cookies ensure basic functionalities and security features of the website, anonymously.
Functional
Functional cookies help to perform certain functionalities like sharing the content of the website on social media platforms, collect feedbacks, and other third-party features.
Performance
Performance cookies are used to understand and analyze the key performance indexes of the website which helps in delivering a better user experience for the visitors.
Analytics
Analytical cookies are used to understand how visitors interact with the website. These cookies help provide information on metrics the number of visitors, bounce rate, traffic source, etc.
Advertisement
Advertisement cookies are used to provide visitors with relevant ads and marketing campaigns. These cookies track visitors across websites and collect information to provide customized ads.
Others
Other uncategorized cookies are those that are being analyzed and have not been classified into a category as yet.
SAVE & ACCEPT