Originally from Glasgow, Scotland, and now based in Mayo, William Jackson has been at the forefront of traditional music for nearly 40 years. He has recorded and toured alongside many well know Irish and Scottish musicians and has also performed and taught at many festivals in the USA and Canada. In 2004 he was the recipient of the Swannanoa Gathering ‘Master Music Maker award for Lifetime Achievement’ (Swannanoa, North Carolina USA). His most recent collaboration is with Irish harper and concertina player Gráinne Hambly from County Mayo, and they released their first CD as a duo in 2009.

He was a founding member of Ossian in 1976, which became one of Scotland’s best-loved traditional bands. The band, whose music influenced a generation of musicians, toured extensively throughout the U.S.A. and Europe. While his main instrument is harp, he also plays whistle and bouzouki. William is also a trained Music Therapist, specialising in working with children. 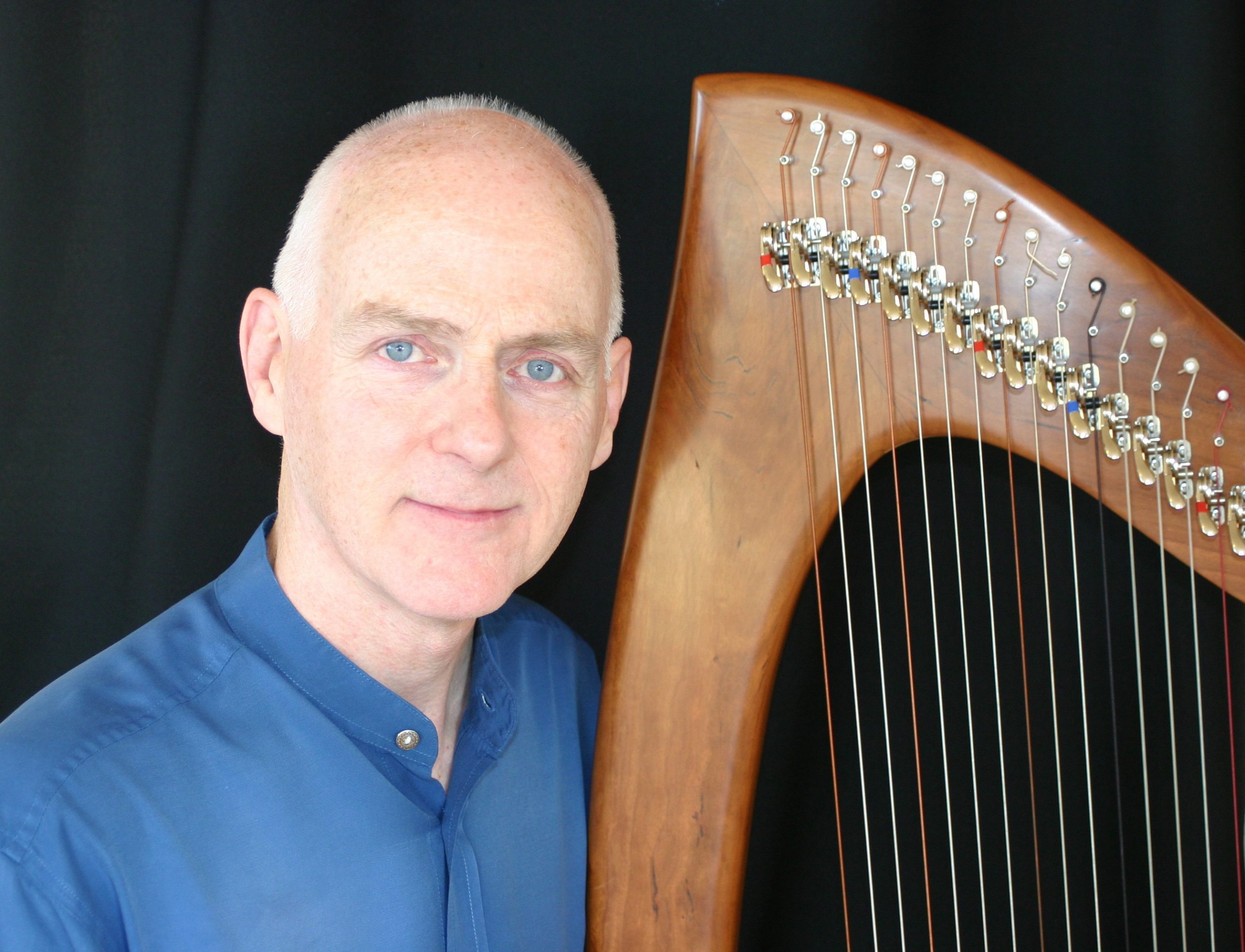 While working with Ossian, William also established himself as a composer and he has steadily knit together traditional influences with classical instrumentation in a style uniquely his own. His impressive list of commissioned works and subsequent recordings includes “The Wellpark Suite”, “St. Mungo”, “Inchcolm” and “Duan Albanach”. His composition “Land of Light” won the international Song for Scotland competition in 1999, organised by The Herald to find a new Scottish Anthem. His music has also been choreographed by the Irish National Ballet. His most recent composition is a 4-part suite of music inspired by the connections between Ireland and Scotland (supported by the Arts Council of Ireland).

We use cookies on our website to give you the most relevant experience by remembering your preferences and repeat visits. By clicking “ACCEPT ALL”, you consent to the use of ALL the cookies. However, you may visit "Cookie Settings" to provide a controlled consent.
Cookie SettingsREJECT ALLACCEPT ALL
Manage consent

This website uses cookies to improve your experience while you navigate through the website. Out of these, the cookies that are categorized as necessary are stored on your browser as they are essential for the working of basic functionalities of the website. We also use third-party cookies that help us analyze and understand how you use this website. These cookies will be stored in your browser only with your consent. You also have the option to opt-out of these cookies. But opting out of some of these cookies may affect your browsing experience.
Necessary Always Enabled
Necessary cookies are absolutely essential for the website to function properly. These cookies ensure basic functionalities and security features of the website, anonymously.
Functional
Functional cookies help to perform certain functionalities like sharing the content of the website on social media platforms, collect feedbacks, and other third-party features.
Performance
Performance cookies are used to understand and analyze the key performance indexes of the website which helps in delivering a better user experience for the visitors.
Analytics
Analytical cookies are used to understand how visitors interact with the website. These cookies help provide information on metrics the number of visitors, bounce rate, traffic source, etc.
Advertisement
Advertisement cookies are used to provide visitors with relevant ads and marketing campaigns. These cookies track visitors across websites and collect information to provide customized ads.
Others
Other uncategorized cookies are those that are being analyzed and have not been classified into a category as yet.
SAVE & ACCEPT